The world’s 65-plus population is at a historical high of over 700 million people with projections to double in 30 years. We often think that an aging demographic leads to economic stagnation, as we expect unemployed, retired seniors to draw more from the tax pool than they contribute, and spend less due to reduced (often fixed) incomes. As chapter four of The Future of Aging and this blog highlight, widely held beliefs like this do not represent the full picture.  There is ample room for realistic optimism about the future aging economy and the role older adults have in augmenting society’s economic health and wealth.

Macro shift: to an abundance mindset

There are two necessary changes in perspective that need to happen to make way for the future longevity economy: later life is ripe with opportunity; and older adults have an abundance to contribute.

Again and again, societies have proven their ability to adapt to major economic and demographic shifts. This optimism is a consequence of a change in perspective that is key to the future economy: thinking of later life not only as a time of decline and need, but also a parallel period of abundance and creativity. With this mindset, organizations can focus not on overcoming the “burden” of retired seniors draining the limited well of social resources, but instead on leveraging this growing population in a way that creates positive capital flows for the young and old alike.

Another necessary change in perspective has to do with the nuances related to older adults’ participation in the economy. Older adults come from many socioeconomic contexts. On average, they are more educated and wealthier when compared to the prior generation. However, wealth disparity is real and growing, with the gap between the wealthy and the poor widening. Collectively, older adults (50-plus) in the US account for more than $8 trillion in economic activity, and constitute the world’s third-largest economy if they were counted as their own country, putting them just behind the U.S. and China when measured by gross domestic product. By 2050, their economic impact will more than triple to $28 trillion, making the aging economy one of the fastest growing untapped emerging markets.

The four shifts of the aging economy

Like the economy itself, the ways in which older adults think about making money, saving money, spending money and planning for their futures cannot be predicted based on past patterns and social norms. It really is a new, greenfield space that our society has never confronted. While for some, old age will continue to be about balancing fixed incomes and the high cost of newly incurred services such as healthcare. Many others have new, democratized channels to build wealth, and some are wealthier than they ever expected to be in their youth. They are asking new questions about financial legacy, and how to divide their wealth over time and among family members. Regardless of one’s economic circumstances, the next generation of older adults are making decisions that impact their own lives, the lives of their loved ones, and their economic contribution to society.

In this context, our research for the Future of Aging book revealed four economic shifts. These shifts provide new, forward-looking ways for organizations and societies to consider – and take advantage of – as they build products, services, experiences and policies to meet the demands of older adults:

Looking ahead: tapping into the aging economy

The economic shifts, as well as the social and political changes that precipitate and follow them, do create complexity to tapping into the aging economy. Despite these changes, the desires and goals of older adults explored in the Future of Aging book remain fixed. This includes the fundamental need to feel secure and the desire to make a meaningful impact on society both during one’s life and after passing. Considering the four shifts underpinning the future of the longevity economy – and the nuances surrounding the shifts – organizations are able to re-imagine more relevant and purposeful experiences and realities for older adults, ultimately benefiting older adults, those participating in their lives and broader society.

Hadi is Director of New Ventures on SE Health’s Futures team. Hadi leads new venture development, investments, and acquisitions. He also leads SE Health’s Elizz platform for family caregivers and their employers. Hadi comes from a diverse background. A biochemist by training, he most recently led strategy, investments, and partnerships at RBC Ventures (Health & Wellness team), and the Ontario Ministry of Health’s Office of the Chief Health Innovation Strategist, as their industry lead. Hadi is a co-founder of the Hacking Health Foundation, currently enabling communities of health innovation across the globe in 15 countries and >45 cities. 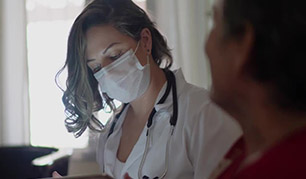 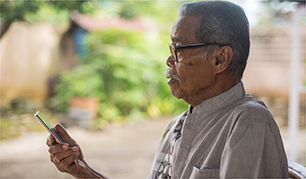 Designing Gerontechnology to Disrupt Dependence
By: Mary Lou Ackerman Now more than ever, older adults are reluctant to forfeit their i.. 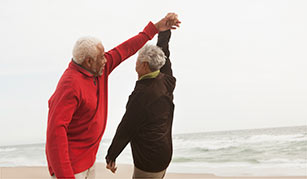 Looking Beyond the Body and Biology for Health and Wellness
From my perspective as a social worker of over 25 years, and now as a Caregiver Program Ma..